Pets like dogs can suffer from the heat of summer just like people. Unlike people, however, dogs don’t have sweat glands under all that fur to help cool down their bodies. They do have some in their feet pads, but those are minimal. The most effective way for them to cool down is through panting. 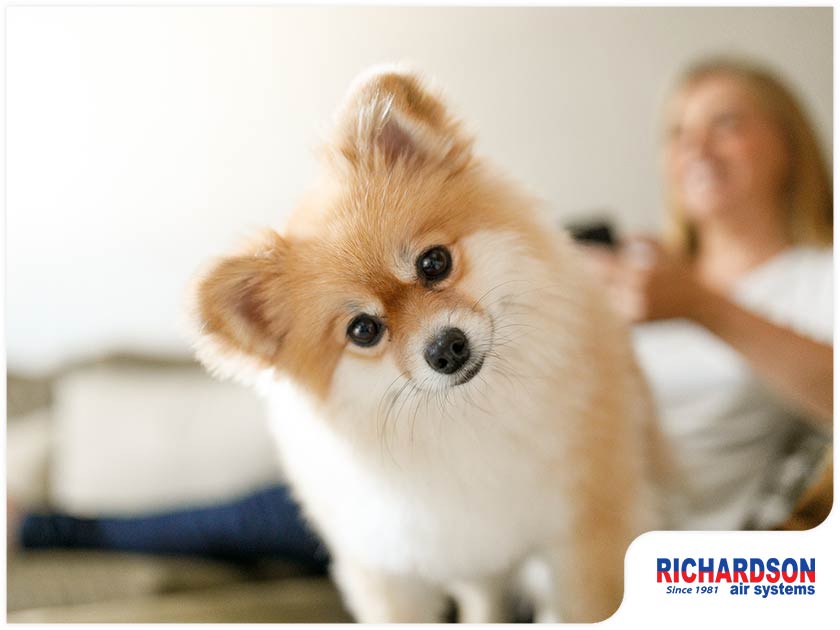 Releasing heat through their feet pads and panting might not be enough during the hottest days of the summer season, however. A dog can actually suffer from heat stroke if it gets too hot, which is life threatening. To avoid putting your pet at risk of overheating, here are some tips.

Keep them indoors. If you keep your dog outdoors, consider allowing them to rest indoors, even if only during the day. You’re not the only one who might enjoy cool air conditioning when the sun is at its hottest. Leaving pets outdoors exposes them to too much heat, and you might not even notice the signs of a heat stroke until it’s too late.

Don’t trim the dog’s coat. While it may seem like a good idea to trim your dog’s coat to prevent overheating, the opposite can occur. A dog’s fur provides insulation against stolar heat and sunburn, so it’s best to let your dog keep it. A better idea would be to keep your dog’s coat brushed and healthy.

Don’t use a fan. Using an electric fan to cool your companion down might sound like a no-brainer, but a fan isn’t as effective with pets as it is with humans. Instead of using a fan, get them a cooling mat or a cooling body wrap. HVAC contractors would encourage bringing them into an air-conditioned room instead of using a fan for cooling. If you do keep your pet in your air conditioned home, make sure to change or clean the air filter more often to remove accumulated fur.

Exercise during cooler hours. Exercising when temperatures are at their lowest is a healthier option not only for your dog but for you as well. Walk or run with your furry friend earlier in the day, or wait until the late afternoon. Avoid exercising during the hottest part of the day and under direct sunlight.

It’s a good idea to call your technician for cooling or heating repair or maintenance before the need for running your HVAC unit for longer hours arises. You can avoid staying in an uncomfortable home with your pet if you do this in advance. Call Richardson Air Systems at (609) 484-1090 to schedule an appointment. You may also use our contact page here.

June 6, 2020
Should You DIY Your Air Conditioning Maintenance?